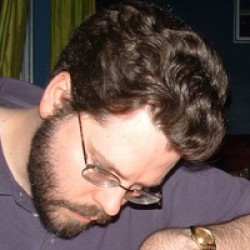 immediate thoughts on the ephemeral environment I've been reading books since the early 70s and writing about them since the 80s.
1808 BOOKS 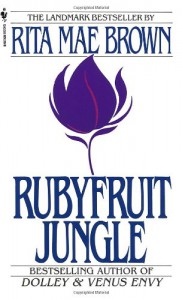 Jill picked this book for me to read, I believe, because she knew I had enjoyed Brown's writer's manual (on which I had some comments last year) and thought that I'd get a kick from this one.

Jill had said that it read like a first novel, and it does, but that's not to take away anything from it. Like most first novels, there is a certain exuberance here that is sometimes muted or even lost in the works of more mature authors. There's also a refreshing sense of difference here--this is a novel written by someone whom you've never met before (that is, at the time of publication), and who is baring herself for the first time. And bare all, Brown does. Like some first novels, it feels highly autobiographical, as if Brown was saying my life is something like this, only not quite as exciting, so I'll liven it up in prose. Along the way is a fun time.

To let the cat out of the bag, Rubyfruit Jungle is a novel about a lesbian. But to describe it that way is to stereotype it. Perhaps more applicable is that Rubyfruit Jungle is a novel about the life of a woman who turns out to be a filmmaker. But, that's not accurate either. The lesbian connection has to be mentioned because that's where the conflict arises in the book (along with the examination of a certain amount of sexism). While I did not agree with a basic tenet expressed in the book--that sex between two women is inherently more intense than that between the opposite sexes--I nevertheless enjoyed the view of life from an entirely different angle.
Tweet